Оригинальный текст песни Out The Basement

One mic, one pen - this is how we began
No money, no gear, but it’s never been a problem
From the day one we run with a same plan
Spread our word around with the mic and a spray can
Playing everywhere we can - from the clubs to commuter cars
Stories from the past, full blast, they leave scars
Times were hard, we ain’t tough and we never pretend
But had a crew of true friends by our side till the end
Living on the road, this van is a pirate boat
Smash mics, hit repeat, reload, till your head explode
Music for the kids, misfits, surviving by the code
Of unity, respect, rising up against the whole world
Never cared about the critics, deceivers and non-believers
Always keep spitting lyrics, from the elitists deliver us
Working hard, playing harder, spreading love, having fun
Become a part of our story, it has only begun

Oh yeah! Who’s that? Coming at you full speed
Moscow Death Brigade on the mic coming with a few tricks
Up the sleeve, rewind and then we’re bringing back the beat
Riding on top of a Moscow Metro car and raising the heat
Body temperature increase as if you needed Penicillin
We have infiltrated like bacteria
Unlimited lyrical ammo belt. If you ever felt
Like a last one standing, non-conforming to the hate
And double standards, hypocrites and bad intentions
Was an only voice, now it’s many
So we question everything. Eventually take it apart
Reverse engineer it, put it back together, give it a kick start
Bring out the big Croc! Bring out the big Croc!
Renegade vibes slamming your brain with a cinder block
Rocking many styles, skins and punks, Shaolin monks
When the time comes take your bolt cutters out of the trunk

Some remain in the game, some change for the worse
Those who preach the most, stab you in the back first
But we never change the course, we never care about the rats
This song about unity still ringing in our heads
Still in the game, say our name, we sing the same old song
Time after time, after time, prove them wrong
I got a barrel full of rhymes like my name is Donkey Kong
Against their lies, we got an army, million heads strong 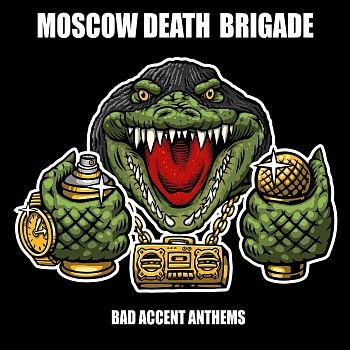 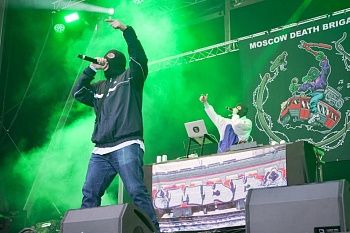