She finally left him, she had enough of her man's rage
Band-aids cover her scars, she left him bloodied
Beat his ass with a bat, face sunk like Silly Putty
You all can sit back so I can study
Destruction of the family design
And how the morals of society decline
Essentially is beats to rhymes like grapes to wine

It's alright, we're in love
Can't live with or without

You see she can't live with him and can't live without him
Stress got her down, she needs to deal with her problems
While the drama gets deeper, I put on the reefer
She took the last step and sent his ass to the reaper
Chaos, is what she saw in the mirror
Scared of herself and the power that was in her
It took over and weighed heavily on her shoulders
Militant insanity is now what controlled her

[x2]
It's alright, we're in love
Can't live with or without

Kill it, before it reaches you
Missiles won't it's approaching the mainland
What if it reaches the metropolitan areas, cosmopolitan areas
Secure the lines and prepare for departure, calm, calm, calm
It is a, a big business and seems to be advancing underground
Because my style is underground, I'm green with my red eyes mad tint
Flee, fly, flow, rapido rapido
She feeds plentiful, electrifying the nation, electrifying the nation

It's alright, we're in love
Can't live with or without 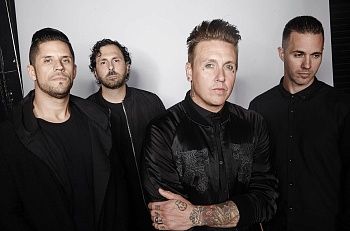