Uncertain sky, ocean of silence
Nothing in sight, only storms in the distance
Gear up, meeting point at zero hour
It looks like this is far from over

The wake! This is the end of dormancy
The wake! Something from the bottom of the sea

These kinds of things can't be revealed
Who would have thought? Who would believe?
Fear of the unknown will stay on
Because no god has ever saved anyone

The wake! From the seabed underneath
The wake! millions of years of dormancy
The wake! Recharged by the waste of energy
The wake! This thing will change our destiny

To all vessels, keep you position
Aah!...
All units, ready to counter-attack
Aah!...

Under the surface, gravitational waves
Abyssal hurricane from the alien base
Trans-fictional sky engulfed in flames
Too late to retreat, too amazed to relate

Time is stretching, movements divide
The course of events suddenly modified
Melted in the structure, bodies petrified
Staring at me asking for help before they die

Here I am laying on a bed
Some kind of device over my head
Where am I? Some place I've never seen
Some hidden secret facilities

Blurred shadows keep asking me if I remember
What happened that day, about a mission failure
Should I pretend that I don't know?
I have the feeling it is time to go... Go! 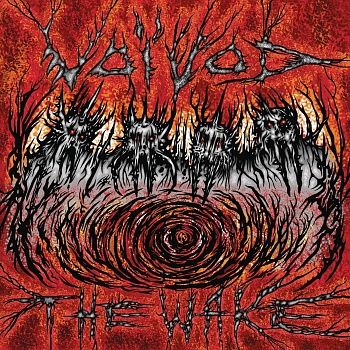 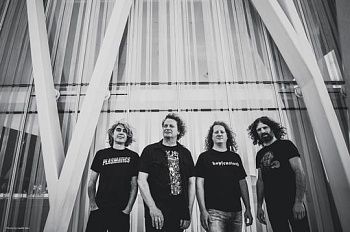